How Too Much Sitting Can Actually Kill You?

Eating, chatting, working and watching television, have something in common – all these action and inaction are generally performed while watching television. We sit through some of the best and worst of our times, without even realizing that there is an extremely dark side to it – too much of seat-clinging can kill.

As non-sedentary creatures, we humans are not designed to sit for most of our days. Most recent studies on the subject have concluded that sitting not only presents us with problems like weight gain and overall inactivity, but the issue is also compounded with some other persisting, lethal consequences. To add to the misery, just like with smoking, the negative effects of too much sitting are not reversed with exercise.

The consequence of long hours of sitting is not limited merely to the weight of people. It starts something as simple as weight gain and moves on to produce further complications like falling bone density, lesser blood pumping rate, a poorer body structure and most fatally, a reduced lifespan. Here below is a little further insight into the subject.

Why too much sitting can kill you?

Our forefathers were adept at jobs like farming and hunting. Even long distances were covered on feet a few centuries back. So to say, most of our lives used to be spent on our feet and not on the office seat. Since the advent of sit-down jobs, TVs and computers, humans have been sitting more than ever in recorded history. Calculation suggests that an average adult spends about 9.3 hours in sitting, which is significantly higher than the time we spend in sleeping (7.7 hours). This is something the human body has not been designed for. It has started to take its toll already. Here are the details.

Obese people are prone to attract a series of diseases that leaner humans can easily evade. Sitting is one of the shortest time-consuming ideas to gain more weight. It has been noted that people suffering from obesity sit for an average 2.5 hours more than people that are comparatively thinner. To put things into perspective, about a third of the American population is suffering from obesity. In the last few decades, the rates of exercise has remained unaltered. But obesity has doubled merely because of the fact that sleeping time has increased.

In sum, it is nowhere false that sitting is killing us. It is called for all those who spend more than a third of their day working, to opt for exercises that can be done near their office desk.

For more information you may read this InfoGraphic Provided by BuzzFeed or watch the video below from ASAPScience. 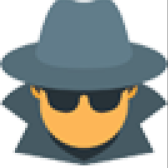